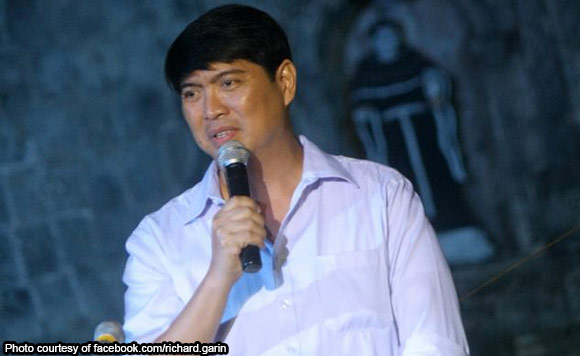 OSCAR “RICHARD” S. GARIN, JR., now a private citizen, has left behind a permanent trail of his life as public servant. He is best remembered for having served efficiently as congressman for six consecutive years of the First  District of Iloilo, comprising the seven towns of Oton, Tigbauan, Tubungan, Igbaras, Miag-ao, San Joaquin and Guimbal.

It is impossible to pass by any of the above places without noticing the changes he has left behind. On entering his hometown of Guimbal where he had been mayor, for instance, one marvels at the elegant municipal hall and the concrete yellow fences with sunrise images dotting the street’s sides.

A civil engineer by profession, he finished the course at the University of San Agustin in 1990 and passed the board examination that same year.

He had steered Guimbal into national recognition by garnering numerous hall-of-fame national awards, including “the Most Business Friendly Municipality Award” from the Philippine Chamber of Commerce and Industry (PCCI).

No need to stress that he belongs to the influential Garin clan.

While it is true that his wife, Janette Loreto Garin, has returned to the House, succeeding him as representative of the district, Richard remains a “public figure”. Thursday this week, for instance, the couple joined the farmers in Igbaras in celebrating their “6th Farmers Day.”  It is during times like this that they get to hear their problems and to offer solutions.

The former Janette Petilla Loreto of Leyte is a doctor by profession, former Health secretary and incumbent congresswoman of the 1st District of Iloilo. She had been in the same House for three terms before — 2004 to 2013.

Their daughter Rica Jane is now a Bachelor of Science in Economics student at Boston College in Massachusetts.

There was a time when Richard graced our radio program (with Neri Camiña), “Tribuna sang Banwa” on Aksyon Radyo. We asked him how he would spend play his role as private citizen.

“I will be an extension of the congresswoman, reaching out to her constituents,” he answered, “But I also will have more time to socialize with friends, including you in the media. “

Richard Garin’s political career started in 1982 in Guimbal at age 14 when he was elected as municipal federation president of the Kabataang Barangay (KB), the precursor of the present-day Sangguniang Kabataan (SK). Ten years later in 1992 he ran and won a seat at the Sangguniang Panlalawigan, representing the First District of Iloilo; was re-elected in 1995.

Instead of running for a third consecutive term for SP in 1998, he opted for an executive position, winning as mayor of Guimbal – a position he served until 2007.

He returned to the Sangguniang Panlalawigan as floor leader in 2007 and moved up to the provincial level with his landslide election as vice governor of Iloilo in 2010.

Richard Garin considers his six-year representation of the First District of Iloilo as hallmark of his hard work and dedication to duty. He pushed for comprehensive and affordable health and social services programs for adults, and for the expansion of technical and vocational education for the youth.

He focused on infrastructure projects that would make mobility of his constituents easier.

But it’s the poor and the sick who most appreciate his programs for social services, health, poverty alleviation and education.

He authored legislations providing social pensions for indigent senior citizens who are at least 70 years old.

His initial “RG” has evolved into “Responsableng Gobierno” to indicate his “brand” of public responsibility.